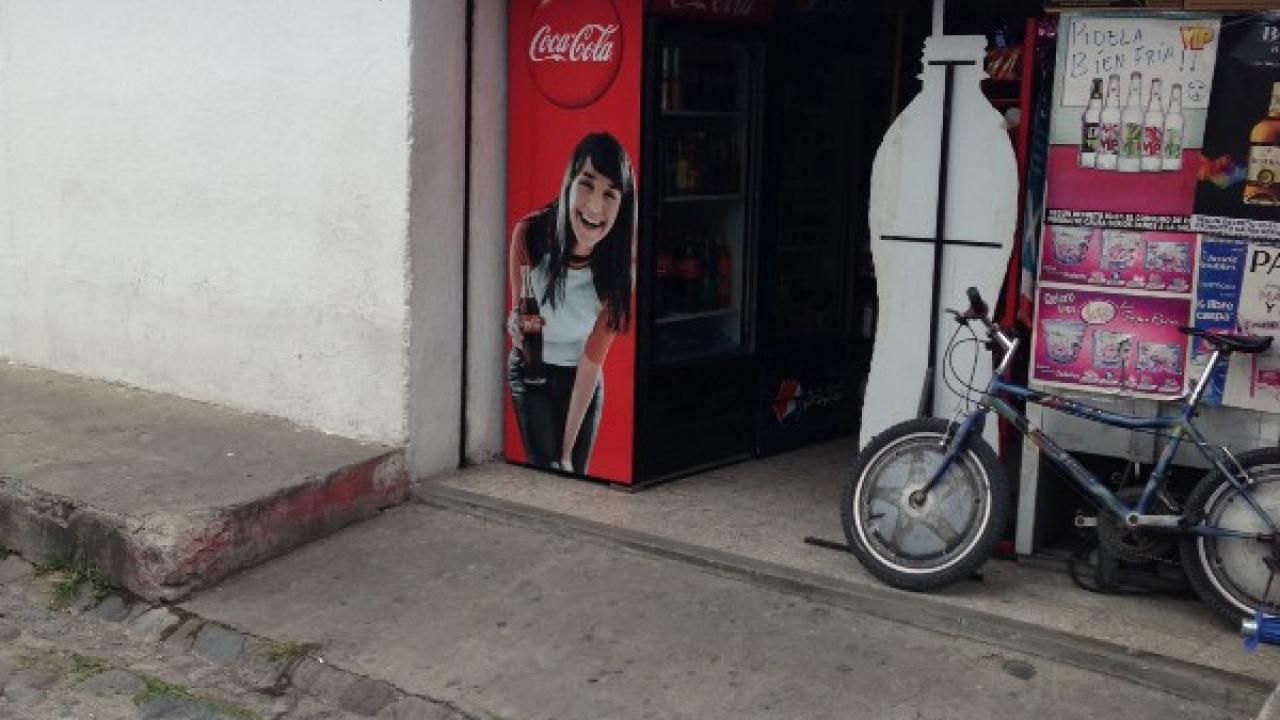 Globalization. Neoliberalism. Corporate power. Political corruption. Environmental degradation. These forces are not mutually exclusive systems as they depend upon each other to maintain an endless, perpetuating cycle that reinforces the distinction between the oppressor and the oppressed.

Since the beginning of humanity, western powers have argued that globalization will modernize “developing” nations and will therefore lead to“progress” in regions that are not yet “modernized.” This imperialist notion of “developing” Guatemala to establish a sense of modernization is embedded within the rule of colonial difference that Indian scholar, Partha Chatterjee, developed. According to this rule, Western nations view themselves as superior to “nations that are not quite stable enough to govern themselves,” most often in terms of race and ethnicity. Colonialist ventures such as the Western exploitation of Guatemala’s land and natural resources, are legitimized through the framework of this ideology.

As scholar Heather Eaton stated, “globalization refers to processes of global economic restructuring with a specific economic and technological agenda that alters basic modes of cultural organization and international exchange in many parts of the world.” But precisely what drives periods of mass globalization?

Although this question does not have one simple answer, neoliberalism is one of the primary driving forces of globalization. Neoliberalism is embedded in the notion that the market should be left “free” and unregulated. Yet, “the market has no eyes, no inherent means of judging what is in the common good, what is ethical, what is right” (Gutierrez and Rivera); and that is precisely where corporations come in.

Throughout the history of Guatemala, neoliberalism has justified the emerging presence of large (and mostly U.S.) corporations like Coca Cola, illustrating the fact that “policies of free trade are designed to serve the interests of these institutions and corporations rather than the nations’ citizens” (Hallum 2007).

Due to this concept of “free trade,” poverty levels as well as environmental degradation have drastically increased throughout Guatemala and its crucial ecosystems like Lake Atitlán.

With the growing neoliberal trade restrictions of the late 1970s, the eventual rise in the export value for many types of non-traditional agricultural export (NTAX) crops (such as dairy products, fruits, and vegetables) led to substantial changes in the typical crops (i.e. coffee, sugar, and cacao) grown in Guatemala. In order to grow these NTAX crops, multiple multi-national agribusinesses (many of which were based in the United States) such as the United Fruit Company, entered the country and began to control land “at the expense of rural small-scale farmers, both ladino and Maya” (Hamilton and Chinchilla 2001).

As more land was converted for export crop production, an increasing amount of forests were slashed and burned, inevitably leading to more soil erosion and pollution. In order to produce as much crops as feasibly possible, the booming agricultural production also resulted in amplified pesticide and chemical fertilizer use. Many large-scale growers even admit to using up to twenty applications per growing cycle (Hamilton and Fischer 2003).

Although pesticides and fertilizer utilization has affected communities across the nation, it has significantly impacted Lake Atitlán and its surrounding towns. After the Guatemalan government sponsored research on pesticide use through the 1997 Pesticides and Health Project, it was found that nearly 2 million people living in rural areas come into direct contact with chemical pesticides on a daily basis (even though agrochemical poisoning is rarely reported by farmers) (Hallum 2007).

Walking down the shores of the beautiful Lake Atitlán, it is evident that fertilizers are still used, as plastic bottles of this liquid poison lie decomposing in the sand. 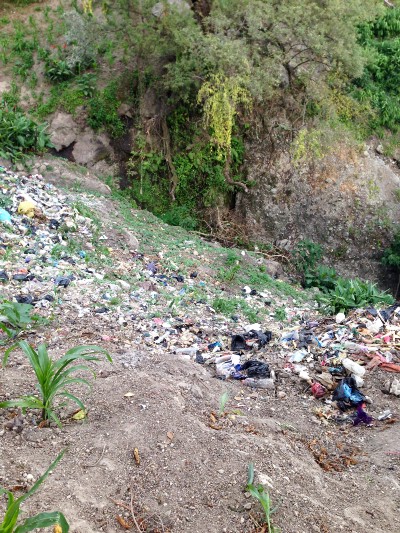 One cannot avoid all of the other decomposing plastic bottles of various soda drinks like “Super Cola.” Interestingly enough, the Super Cola Corporation sponsored a recent Amigos del Lago (Friends of the Lake) conference that discussed the various issues that the lake is currently experiencing, as well as potential solutions to these issues.

While this is not to discredit the fact that Super Cola supported this important event, one cannot deny the immense presence of this corporation and the way in which it significantly impacts local communities. More importantly, this is not the only event that soda corporations have funded around the lake.

A regional representative of Coca Cola stated, “Coke has many social projects. We team up with municipalities, schools, churches, bands, and sports teams. For example, for sports teams we provide uniforms, trophies, medals, and publicity” (Nagata et al. 2011).

As empty cans and bottles of Coke remain decomposing in the sand surrounding Lake Atitlán, the corporation also infiltrates into local communities, infrastructure, and culture.

The famous red Coca Cola logo is carefully painted on tiendas (stores) throughout towns like Santiago Atitlán and Panajachel. The corporation even plays a significant role in the political processes of these communities. In San Lucas Tolimán, Coca-Cola collaborated with the municipal government and “the names of the current mayor and his administration adorn the side of City Hall in red and white letters, next to paintings of Coke bottles” (Nagata et al. 2011). 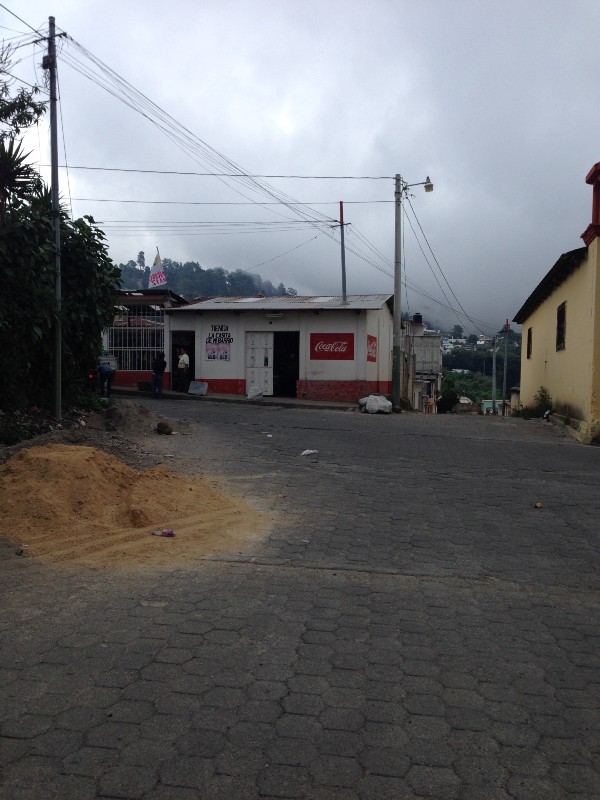 In the terms of general political processes within Guatemala, every major corporation has funded political candidates (currently, there are approximately 32 political parties in Guatemala). According to CNN’s International Correspondent, Harris Whitbeck, these corporations are increasingly related to governmental corruption and the rising scandal records.

Local tienda owners are even encouraged to partner with soda corporations in order to receive money and other economic incentives. A tienda owner in Santiago Atitlán said, “if I sell 50 cases of Pepsi, then Pepsi representatives will come and paint my tienda. They will paint our store’s name for free. They usually will repaint the tienda once a year around Semana Santa [Holy Week].”

As a result of the increasing presence of soft drinks in Mayan and Latin American cuisine, the “coca-cola colonization theory” eventually emerged in 1949. This theory is embedded within cultural imperialism, a process whereby local people and cultures are continuously subjected to Western ideologies. Scholars who research the impacts of ‘coca-colonization’ “view the spread of soft drinks as an example of Western imperialism diffusing an anonymous artificial mass-marketed global culture at the expense of authentic and distinctive local cultures” (Wilk 1999). These industries have not only incorporated themselves into local cultures and traditions, but have simultaneously devastated natural resources and local ecosystems. 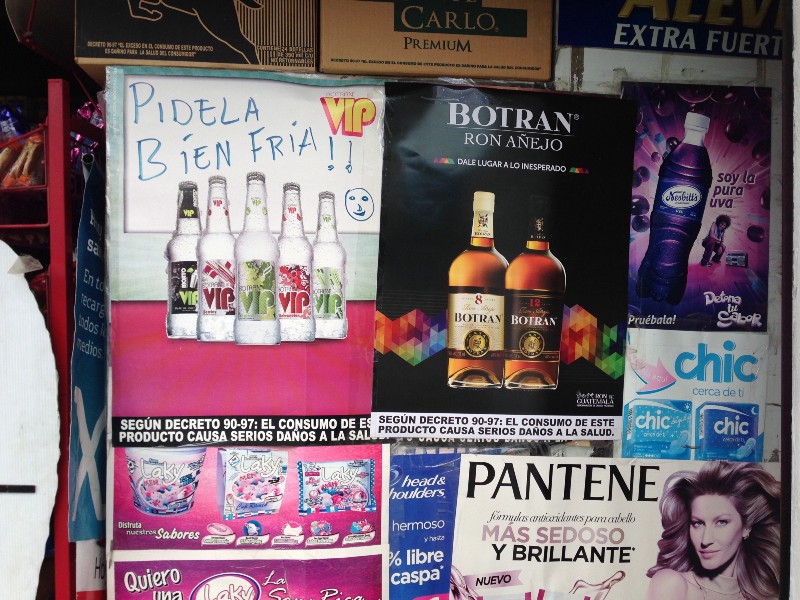 Local advertisements in in the lakeside town of Panajachel

It is evident that corporations have become a dominant force throughout Guatemala and the several towns surrounding Lake Atitlán. For example, the palm oil industry has been tied to the recent catastrophe that took place this summer in the Pasión River of Northern Guatemala. Due to the massive influx of fertilizers and pesticides, the 62 miles of the river’s course has been severely damaged, thousands of fish from over 20 different species were killed, and over 12,000 people have been impacted by the pollution.

Neo-liberalism prompts globalization, which inevitably causes corporations to intervene and assert their own corporate agendas. Ultimately, it is a vicious cycle that continuously perpetuates itself time and time again. These industries do not simply establish their foundations in one location as they significantly impact culture, government, socio-political institutions, and human and ecosystem health.

Globalization, neoliberalism, political corruption, cultural disintegration, ecological damage, and health inequity, are not mutually exclusive events. They are intertwined forces that continue to impact the towns surrounding Lake Atitlán. Now, it is just a matter of unshackling the bonds that bind.

About the Global Learning Hub at UC Davis

The Global Learning Hub is the nexus of global learning at UC Davis. The hub’s network of domestic and international academic programs, global experiential learning, and living and leading opportunities develops capacity for all UC Davis students—undergraduates, graduates, and professional students—to engage with global issues, becoming the next generation of leaders to address challenges that affect us all. Search all global learning opportunities available at UC Davis.

Aggies Abroad: Sophia at Sea: How to Get Started and Make Your Dream a Reality

My Global Learning: Global Education for All Fellow and Podcaster